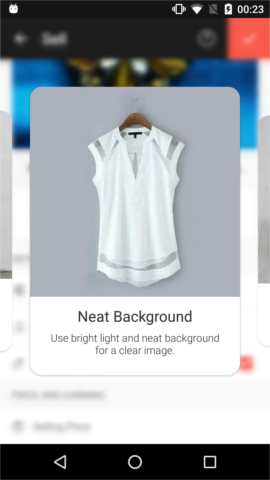 ViewPager cards inspired by Duolingo is a great post where the developer has tried to replicate the behavior of the viewpager and cards. I really liked the idea so I wanted to give it a try. I found this design quite interesting – Weather App UI - Dribbble and thought of giving it a try. You may notice that the previous and the next cards are partially visible and the distance between each card is uniform. To achieve this in Android, we need to dive in some Math.

To begin with, I just added some pageMargin and set pageWidth in PagerAdapter. This worked but I could not see the previous view as the viewpager will scroll till the current view has reached to the left most part of the viewpager. So I needed something which would also show the previous view. clipToPadding should be used for that.

There are some basic things that we should get familiarized with before diving into the math.

I started working on some basic equations to get the desired result for all the screens. I got an equation with three different variables which would be very difficult to configure. So I dropped the idea of pageMargin and set it as 1. The view used in ViewPager will be match_parent so that it automatically takes the width of 1 page.

To get the desired effect we need set to left and right padding to the viewpager and clipToPadding as false,
wp = W - 2Pv

Well, this works now. We get the desired viewpager effect where we can see the preview and next views partially. 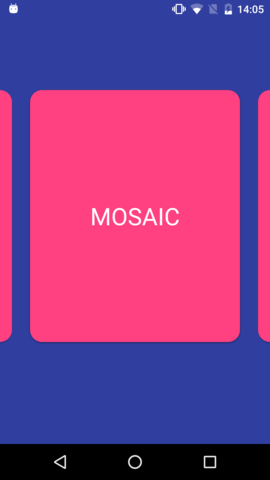 To make it like that dribbble design, we need to figure out a way where we can control the size and elevation of the view. I thought of using PagerTransformer as I know it would be the perfect tool to achieve the desired effect.

void transformPage (View page, float position) gives us the view and the position.

transformPage changes scale and elevation linearly based on the position. So it was really easy to derive the equations.

So according to the equation,

This should work. Let’s see. Well, it did not work correctly. It does show the scale effect but I found an issue. I have changed the scale so that error can be seen easily.

So maybe we need to change the equation and incorporate this constant value so that we acheieve the transformation effect correctly. Since it’s a linear equation, we can work with y = mx + c and I just need to find the slope and the constant.

Let’s assume that we figured out the offset value.

Well, that’s a bit complicated. But it should work. But wait, we can do a horizontal right shift and we’ll get the correct transformation equation.

ViewPager width = screen width = W
Width in which viewpager would draw the child = width - left padding - right padding = W - 2Pv
But since clipToPadding is false, it draws the child in W instead of W - 2Pv. This doesn’t affect the position of the page as it relative to the left of the viewpager.
ViewPage draws first view at x = Pv, and position 0 is at x = 0, so at x = Pv, the position should be left position/drawing width, which is

Let’s look at the results.

This looks good. Maybe a quadratic transformation might give better effects. But we could work with this. In the next post, I’ll work with enter and exit transitions of the viewpager and views to get good UI effects.

P.S. Working on this was quite refreshing. I’m looking forward to work on more UI elements.