In my previous post, I have shown how to use Kinect with OpenCV using Freenect library.Siddharth and I have been working on Kinect for gesture recognition and so far we are able to detect fingertips using contours and hull.

First thing that you would want to do is segment out hands in the frame. Siddharth has worked out a depth based adaptive threshold algorithm which enables us to segment out the object which is a bit ahead of the whole body. The algorithm works on depth of the object and segments out object based on its relative depth from other objects. So here’s how he has done it.

This will give you the segmented hands and now you need to get contours of the hand. 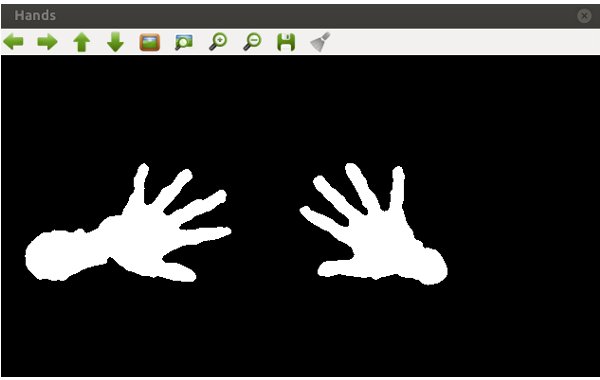 Get hull points on fingertips

What we did is we took contour points near both the sides of the hull and made two vectors from them joining the hull point. We took the cross product of the vector, in turn, the angle between the vector. Since there is always a convex angle at such points, we can classify these points as points on the finger tips.

When we tried this we got a lot of points on one finger tips and we filtered them out using a simple algorithm which would check if any points exist in the vicinity of certain hull point and eliminate those points. 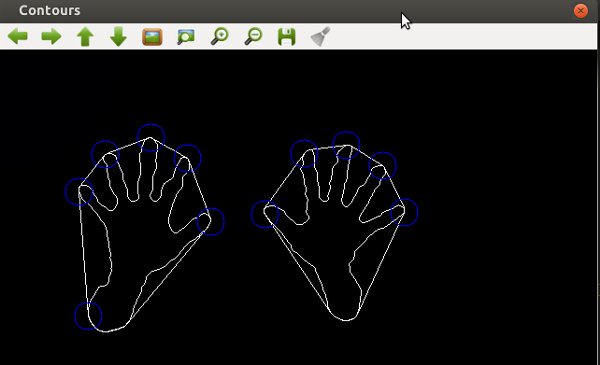 So this is an inaccurate algorithm which we implemented to extract fingertips from the frame using Kinect and OpenCV and now we’re going to work on gesture recognition.

P.S. Google Summer of Code’s coding period starts from Monday. Look out for a lot of posts.