Whenever working with stereoscopy, it is a necessity to calibrate the cameras and get the required intrinsic and extrinsic parameters.

This is a so-called pinhole camera model. A scene view is formed by projecting 3D points into the image plane using a perspective transformation.

What is Camera Calibration?

In the manufacturing process of a camera, there might be some distortions invloved due to inaccurate positioning of the lens or inaccuracy in manufacturing parabolic lens. Read more about distortion on AI shack

Calibrating the camera gives us some specific values which can be used to measure distances in length units and not in pixels. Goal of calibration to find out intrinsic and extrinsic parameters of the camera.

Intrinsic parameters include focal length, image format and principal point. This is the intrinsic matrix.

αx and αy denote focal length in x direction and y direction respectively. u0 and v0 denote the principal point which would be ideally in the center.

R and T are the extrinsic parameters which represent the coordinate transormation from 3D world to 3D camera model. 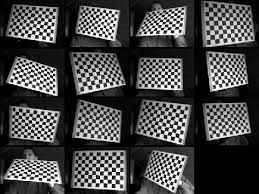 OpenCV has a great support for calibration and there’s is a very convinient way to do it.

imagePoints represent location of the detected corners in the image.

objectPoints represent the real location of the corners in 3D.

objectPoints should contain physical location of each corners but since we don’t know that so we assign constant positions to all the corners and assume that camera is moving.

Get data for calibration

Draw Corners on chessboard and show 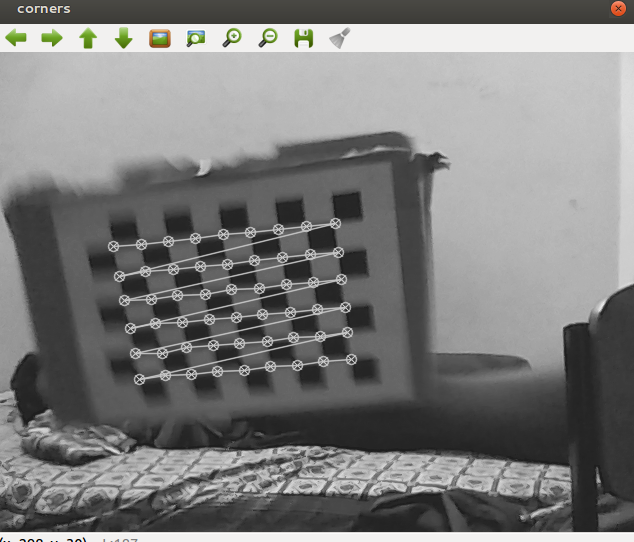 You found corners for one pose. You need to add a loop over this and get numBoards poses.

Stereo calibration is similar to single camera calibration but it invloves more steps and gives complete intrinsic and extrinsic parameters.

Follow the procedure for single camera calibration till cameraCalibration method. You need to define two imagePoints vectors and need to find chessboard in both images.

Once you have calibrated your camera, you can use the saved parameters in other applications where you need 3D data using Stereo Vision. eg. getting depth of any object.

You can find C++ source code on my GitHub.